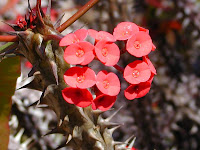 Christian author Randy Alcorn came across a message from someone who said that Jesus opposed the idea of hell, and that gospel texts which placed "hell" on Jesus' lips had been adulterated.
Said Randy (these are just extracts; you can read his full article here):
This comment is misinformed. The truth is that the oldest and most reliable biblical manuscripts include Christ's explicit statements about Hell. The gospel writers didn't make up their Lord's words in the gospels. They simply recorded them. And the hyper-careful scribes didn't add them to the manuscripts, they simply copied them, word for word, from one to another.
The truth is that Jesus spoke more about Hell than anyone else in all of Scripture. . . Jesus referred to Hell as a real place and described it in graphic terms. . . He spoke of a fire that burns but doesn't consume, an undying worm that eats away at the damned, and a lonely and foreboding darkness.
Christ says that the unsaved "will be thrown outside, into the darkness, where there will be weeping and gnashing of teeth". . . Jesus taught that an unbridgeable chasm separates the wicked in Hell from the righteous in paradise. The wicked suffer terribly, remain conscious, retain their desires and memories, long for relief, cannot find comfort, cannot leave their torment, and have no hope. . .
It isn't just what Jesus said about Hell that matters. It is the fact that it was he who said it.
"There seems to be a kind of conspiracy," wrote Dorothy Sayers, "to forget, or to conceal, where the doctrine of hell comes from. The doctrine of hell is not 'mediaeval priestcraft' for frightening people in giving money to the church: it is Christ's deliberate judgment on sin. . . We cannot repudiate hell without altogether repudiating Christ."
Why do I believe in an eternal Hell? Because Jesus clearly and repeatedly affirmed its existence. As Sayers suggested, you cannot dismiss Hell without dismissing Jesus. . .
We may pride ourselves in thinking we are too loving to believe in Hell. But in saying this, we blaspheme, for we claim to be more loving than Jesus - more loving than the One who with outrageous love took upon himself the full penalty for our sin.
Who are we to think we are better than Jesus?
Or that when it comes to Hell, or anything else, we know better than he does?
God determined he would rather endure the torment of the cross on our behalf than live in Heaven without us. Apart from Christ, we would all spend eternity in Hell. But God so much wants us not to go to Hell that he paid a horrible price on the cross so we wouldn't have to. . .
The price has been paid, but we can't benefit from forgiveness unless we choose to receive it. A convicted criminal may be offered a pardon, but if he rejects it, he remains condemned.
By denying Hell's reality, we lower the stakes of redemption and minimize Christ's work on the cross. If Christ's crucifixion and resurrection didn't deliver us from a real and eternal Hell, then his work on the cross is less heroic, less potent, less consequential, and less deserving of our worship and praise.
Think about it.
Posted by Stuart Cunliffe at 16:48