Almost half a million new cases of sexually transmitted infections were diagnosed in 2012, according to figures from Public Health England.

The impact of sexually transmitted diseases was greatest on young people under 25.

Peter Saunders claims to have the remedy. Marry a virgin, he suggests, and stay faithful to him or her throughout your lifetime.

It is, he says, amazingly effective.
Posted by Stuart Cunliffe at 12:42 No comments: Links to this post

The battle's not over 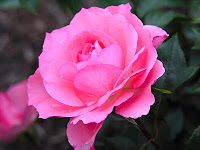 When the same-sex marriage bill arrived in the House of Lords, Lord Dear, concerned at the undemocratic way it had been rushed through the Commons with no electoral mandate and no proper parliamentary scrutiny, proposed that the bill be dropped. His amendment was defeated by 390 votes to 148.

From the result, you might suppose that the Lords were in favour of introducing same-sex marriage. Not necessarily so. Some are said to have feared that if the Lords rejected the bill out of hand, the Government might use the Parliamentary Act to force it into law as it stood.

Says the Coalition for Marriage, the organisation set up to fight for traditional marriage:


The Coalition Government has agreed to change the criminal law to put it beyond doubt that disagreeing with same-sex marriage is not a hate crime. That should send a helpful message to those who throw around the "bigot" label far too freely.

However, Government ministers are being advised by officials in the equalities office to block any other protections in the civil law. We think reasonable changes need to be made to employment law and equality law to protect people like you – people who believe in traditional marriage – but the Government is not listening.

The House of Lords is currently examining the bill line by line. The legislation is getting the kind of prolonged scrutiny that the Government did not permit in the Commons. In the Commons the Government guillotined debate and stacked the committee with the bill’s supporters, but they can’t do that in the Lords. Now that the bill is under the spotlight in the Lords, gaps are beginning to show.

Astonishingly, the Government says fidelity is not a necessary part of any marriage. The exact quote from the Government minister is: “In terms of the law, marriage does not require the fidelity of couples. It is open to each couple to decide for themselves on the importance of fidelity within their own relationship.”

In other words, under the bill, the Government doesn’t think faithfulness is important in marriage. This is because it wants to avoid the legal problems which would otherwise be created if it introduced laws about adultery or consummation for same-sex marriage. That shatters the argument that this bill will strengthen marriage. No, it will wreck marriage.

Up until now, officials in the equalities office have been telling Government ministers that the bill won’t harm the liberty of people who disagree with it. But after pressure in the House of Lords, Government ministers have admitted they want commercial companies to be able to sack staff who refuse to be involved with same-sex marriages.

The Government thinks commercial chauffeurs who object to a same-sex marriage should be dismissed. By the same logic, florists, photographers and cake makers would also be in the firing line. We want a reasonable accommodation for such workers, a bit of flexibility which takes account of people’s sincere beliefs. But so far the Government has stubbornly refused.

We are also calling for protections for public sector workers like teachers and chaplains; and we want to make sure that local councils can’t penalise organisations who disagree with same-sex marriage. So far, the Government won’t give way.

But the Lords are putting the Government on the spot, making life very uncomfortable for them.

Each amendment suggested by the Lords will have to go back to the Commons for consideration. Prime Minister David Cameron is said to want the parliamentary process completed by July 18.

The battle about same-sex marriage is not over. Not by any means.
Posted by Stuart Cunliffe at 15:06 No comments: Links to this post

Email ThisBlogThis!Share to TwitterShare to FacebookShare to Pinterest
Labels: homosexuality, marriage, the law

The story of Jonathan and Dora 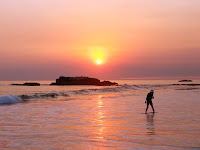 Jonathan and Dora McLeod met in 2003 and fell in love. But things didn't go the way they were supposed to. . .

Jonathan suffered from anger. It expressed itself not only in fighting in the ring, but in bare-knuckle fighting. He developed a severe addiction to painkillers. One day he decided he couldn't take it any more and attempted suicide.

After a week or two in hospital, he was placed in a mental institution. When he was released from there, he still suffered from depression.

Watch as Jonathan and Dora tell the story of what happened to them on video. You can see the video here.
Posted by Stuart Cunliffe at 17:07 No comments: Links to this post

Illness prevented me from commenting on the result of the case of Dr Kermit Gosnell.

Dr Gosnell  was an abortionist. He was estimated to take $10,000 to $15,000 for a few hours' work each day. His abortion clinic in Philadelphia was dirty and reeked of urine. There were cat faeces on the stairs. There was blood on the floor, and furniture and blankets were bloodstained. The emergency exit was padlocked and no one knew where the key was.

Medical equipment, according to the grand jury report, was generally broken, and when it worked, it wasn't used. Disposable medical supplies, intended to be used once, were used until they broke. Venereal disease was spread with infected instruments. Bowels, cervixes and uteruses were perforated and women left sterile.

Gosnell had staff, but there was not a qualified doctor or a qualified nurse among them, and they were allowed to give repeated doses of drugs at their discretion. He would seldom arrive at the clinic before 8pm. Foetal remains were stored haphazardly in milk jugs, orange juice cartons, cat food containers and plastic bags. Dead foetuses were stored in paper bags in the employees' lunch refrigerator.

Gosnell was known as a doctor who would perform abortions at any stage. Abortions were performed long after the legal limit by inducing delivery of the babies, who were then killed by having their spinal cords cut with scissors. One clinic worker testified that a baby she estimated at 30 weeks had been delivered into a toilet. She had slit the baby's throat.

Officials from the Department of Health had not inspected the premises in 17 years, and ignored complaints against the doctor and 46 lawsuits filed against him, said prosecutors.

Gosnell faced charges of first-degree murder of babies born alive, one charge of third-degree murder of a 41-year-old Bhutanese refugee from an excess of drugs before her abortion, multiple charges of performing abortions past the legal limit, conspiracy, drug delivery resulting in death, infanticide, corruption of minors, evidence tampering, theft by deception, abuse of corpse and corruption - and despite the sensational evidence there was a virtual media blackout on the case, apparently because the case didn't fit the pro-abortion position of the majority of the American media. It was left to a couple of journalists and bloggers to shame the media into some coverage, but the case then apparently receded once more into oblivion until sentence was passed.


(In Britain, there was an occasional story in the Telegraph, the Times and the Guardian. The exception was the Daily Mail, which was said to have printed 26 stories on the case since 2011 - more than all the stories in the New York Times, Washington Post, Los Angeles Times, Wall Street Journal, ABC, CBS, NBS, and CNN combined.)

The prosecution could have asked for the death penalty. But since Gosnell might have died from natural causes by the time he had exhausted the appeal process - he was 72 years old - the prosecution is reported not to have asked for the death penalty in exchange for a promise not to appeal the sentence. He was sentenced to several life sentences without parole.

One pro-life organisation said when given the choice, Gosnell had chosen life. It was a pity, they said, that the children he had killed were not given the same choice.

Leaders of pro-life organisations said the incidents at Gosnell's "house of horrors" were not unique, but reflective of abuses that characterised the entire abortion industry. Other authorities seem slow to prosecute.
Posted by Stuart Cunliffe at 14:23 No comments: Links to this post

Email ThisBlogThis!Share to TwitterShare to FacebookShare to Pinterest
Labels: Abortion, bioethics, crime, the law, the media 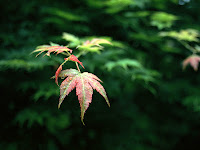 After a pause, I'm blogging again - with a difference.

Comments will now be allowed on blogposts. To leave a comment, click on "comments" at the base of the blogpost.

Comments will be mediated. Comments containing bad language will not be permitted.
Posted by Stuart Cunliffe at 17:47 Links to this post