How you can prove the existence of God 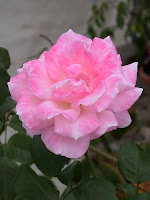 When Frederick the Great asked for proof of the existence of God, someone said to him "Sir, the Jews." So the story goes.

The Old Testament tells how God made the Jews His own chosen nation. One thing He required of them was obedience. If they were not obedient, He said, He would scatter them through the nations of the earth. They were not obedient, and God kept His promise.
No other people have ever lost their nationhood and their land and retained their national identity. Within two generations, all the people who have lost their land have been assimilated into the nations around them. But after two thousand years of exile, the Jews are still Jews.
The same God who promised that He would scatter the Jews also promised in the Old Testament - not once, but multiple times - that He would bring them from the east, the west, the north and the south back to their own land.
The Jews are the only people in world history who, having lost their land and their statehood, have gone back to their own land and become a nation again, rebuilding the old cities, calling them by their old names, even speaking their own language. Israel became a nation again in 1948.
"Who has heard such a thing? Who has seen such things? Shall the earth be made to give birth in one day? Or shall a nation be born at once?" Isaiah asks in Isa 66:8. If it's Israel it can.
And how about this, in Amos 9:14, 15:
"I will bring back the captives of my people Israel;
They shall build the waste cities and inhabit them;
They shall plant vineyards and drink wine from them;
They shall also make gardens and eat fruit from them.
I will plant them in their land,
And no longer shall they be pulled up
From the land I have given them,"
Says the Lord your God.
The surrounding Arab nations have made war against Israel in 1948, in 1956, in 1967, in 1973. Each time Israel has been completely, hopelessly, utterly outnumbered. Each time Israel has fought back and won.
You can't explain the Jews without God.
Now God Himself challenges you to prove Him. See Isa 44:6 - 8:
"Thus says the Lord, the King of Israel,
And his Redeemer, the Lord of hosts:
'I am the First and I am the Last:
Besides me there is no God.
And who can proclaim as I do?
Then let him declare it and set it in order for me,
Since I appointed the ancient people.
And the things that are coming and shall come,
Let them show these to them.
Do not fear, nor be afraid;
Have I not told you from that time, and declared it?
You are my witnesses,
Is there a God besides me?
Indeed there is no other Rock;
I know not one.'"
Notice "Who can proclaim as I do? Then let him declare it and set it in order. . ." In other words, who can tell not only what has happened, but what is going to happen in the future, and be right every time? Only the One who can see the end from the beginning.
When He writes down centuries ahead of time what's going to happen and it happens just like He says, that's proof that God exists.
Posted by Stuart Cunliffe at 19:25