When does life begin? 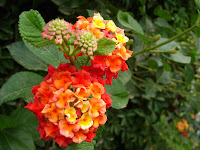 When does life begin? If you had asked me that question some years ago, I would have said at birth, never having really thought about it. If I had been a woman with a baby kicking in my womb, I would have known that life begins before that.

In fact, life begins at the moment of fertilisation. Neither the male sperm nor the female ovum have life in themselves. But when the two come together, you have a single fertilised cell. Every cell in the human body contains 46 chromosomes. The male sperm has 23 chromosomes and the female ovum has 23 chromosomes, so when the two come together, you have a single fertilised cell with 46 chromosomes, 23 from the father and 23 from the mother.
Shortly after fertilisation, that cell begins to divide and multiply. One cell becomes two, two cells become four, four become eight. Nothing is added to that single cell except food and water until it becomes a mature adult.
Three weeks after fertilisation, the baby's heart begins to beat. Six weeks after fertilisation, electrical impulses from the brain can be recorded. By this time, the baby has eyes, ears and internal organs.
During the second month, the child begins to move and responds to touch. Facial features are forming. At two months, the baby can swim vigorously in the fluid which surrounds it. He, or she, has fingers and toes.
During the third month, the child has fingerprints. He can turn his head, curl his toes, open and close his mouth and make a tight fist. Fingernails and toenails appear. He drinks, digests and urinates. Sexual differences can be distinguished.
It is obvious the baby is alive. As someone pointed out, if he weren't, there wouldn't be need for abortion. That's why abortion is such a terrible thing: it deliberately ends a human life.
Those words in Psalm 139 are so profound:
For you have formed my inward parts;
You have covered me in my mother's womb.
I will praise you, for I am fearfully and wonderfully made;
Marvellous are your works,
And that my soul knows very well.
My frame was not hidden from you,
When I was made in secret,
And skilfully wrought in the lowest parts of the earth.
Your eyes saw my substance, being yet unformed.
And in your book they were all written,
The days fashioned for me,
When as yet there were none of them.
Thank God that there is forgiveness available in Christ.
Posted by Stuart Cunliffe at 14:25