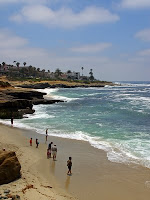 Brenden Foster had leukaemia. He had had all the chemotherapy and all the transfusions he could have, and he still had leukaemia. Now all the doctors could do was to try to make him comfortable. He was weak, and he could no longer walk. He understood from the doctors that he had only a short time left.

He and his mother, who looked after him, had worked out a routine together. Every night they would think of three positive things that had happened during the day, and they would have a laugh together. "A chuckle will do," said Brenden, "but a fake laugh will never do."
According to his mother, Brenden never complained about his condition. Ever. "He's always thought about others," she said.
One day, on his way home from a hospital appointment, Brenden saw a camp of homeless people, and decided he wanted to help. "They're probably starving," he said.
There wasn't much he could do from his bed, but others decided they wanted to help him. People started to gather together to make sandwiches for the homeless folk. After his story appeared in the media, a woman and some friends collected more than 20,000 cans of food in his name. Schoolchildren collected food. A war veteran who lost a leg wanted to give his bravery award to help.
Brenden was thrilled. He began to urge others to follow their dreams. "Follow your dream," he said. "Don't let anything stop you. Mine already came true."
Brenden died in his mother's arms. He was just 11 years old.
Did you have a tear or two in your eye as you read about Brenden? I confess I had a tear or two in mine as I read about him.
The point of Brenden's story, it seems to me, is this. You might be only 11 years old. You might be sick. You might be weak. You might not have much time left to live. But you can still make your life count.
Posted by Stuart Cunliffe at 16:49