Christianity and the politically correct 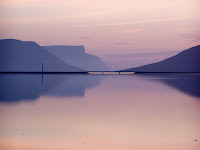 Pilgrim Homes, a 200-year-old Christian charity, runs a care home there for elderly Christians. The home's residents, 39 single Christians aged over 80, include former missionaries and a retired minister.
Brighton and Hove Council, who provided £13,000 of funding for the home, wanted the home to use images of homosexuals in its promotional literature, show a presentation about homosexual rights to staff, ask the residents if they were (a) lesbian, (b) homosexual, (c) bisexual, (d) heterosexual, or (e) unsure, and repeat the questions to residents every three months.
Residents at the home felt the questions were inappropriate and intrusive. Managers at the home said to comply with the demands would unduly distress the residents and undermine the home's Christian ethos. Council officials withdrew the council funding and accused the home of "institutionalised homophobia."
After months of attempts to resolve the matter, Pilgrim Homes told the council it intended to take action against the council for religious discrimination. The Christian Institute was consulted. Lawyers were advised. I waited with interest to see the result.
The matter has now been settled out of court. The council funding is to be restored and the allegation of "institutionalised homophobia" is to be withdrawn, together with the requirement that residents should be asked about their sexual orientation four times a year.
Pilgrim Homes' chief executive said they were willing to ask potential residents about their sexual orientation when they applied for a place at the home, "on the understanding that they have a right to refuse, and that we will not be required to act in a way which goes against our doctrinal beliefs."
Tom Ellis, a solicitor representing Pilgrim Homes, said the council had shown "a total disregard and lack of respect for orthodox Christian beliefs and values" when it decided to cut the funding. "Pilgrim Homes has a right to provide its services within the context of its doctrinal belief without interference from the council."
The battle against bureaucracy is not all lost, it seems, so long as Christians are prepared to stand up for what they believe.
Posted by Stuart Cunliffe at 16:42