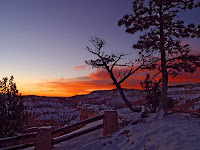 Daniel James, described as a "larger than life" character, was a former pupil at Worcester Royal Grammar School and an undergraduate at Loughborough University. He had played rugby for England under-16s and England Students.

He was in a training session at Nuneaton Rugby Club when a scrum collapsed on him. He suffered a collapsed spine and was paralysed from the chest down. Numerous operations brought little improvement.
Eighteen months after the accident, accompanied by his parents, he went to a suicide clinic in Switzerland and took his own life.
A British doctor, asked his opinion, thought it a tragedy and suggested Daniel might still have been suffering from depression after the accident. But Daniel's mother was adamant.
"He couldn't walk, had no hand function, but constant pain in all of his fingers. He was incontinent, suffered uncontrollable spasms in his legs and upper body and needed 24-hour care.
"What right does any human being have to tell any other that they have to live such a life, filled with terror, discomfort and indignity?" she said. "This was his right as a human being. Nobody, but nobody, should judge him."
Shortly after Daniel's story appeared in the media, the Daily Mail published the story of Matt Hampson. Matt Hampson started playing rugby at five, became a star player at Syston Rugby Club in Leicestershire, joined Leicester Tigers Academy, and played for England under-18s and England under-21s.
He had his neck dislocated and his spinal cord trapped in a training scrum. He has no feeling from the neck down, lives in a wheelchair and needs a ventilator to breathe. Teams of carers look after him round the clock.
"I'm a much nicer person since the accident," he says. "More compassionate."
He writes a newspaper column, coaches youngsters, has his own website, and watches rugby home games. In recognition of his charity work, he was invited to London to meet the Queen.
"I forgot my nerves because she seemed quite awkward," he said. "A lot of people don't know what to say to me when they meet me because of my situation, and I think the Queen was the same. It was almost as if I had to put her at her ease."
Two similar stories with different endings.

Some people would say people's lives are their own, and they have a right to do what they like with them, including ending them at a time of their choosing. Others would say that our lives are not ours by right, only on loan, and one day we'll have to give account for them.
Things happen. Sometimes you wish they didn't. But personally, I think life is for living.
Posted by Stuart Cunliffe at 16:36