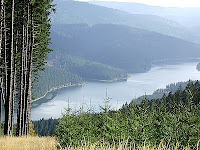 Tomorrow is February 11. February 11 is the anniversary of Iran's Islamic Revolution in 1979.

On Sunday, Iranian President Mahmoud Ahmadinejad was reported as saying that Iran will deliver a "harsh blow to global arrogance" on February 11. On Monday, Iran's Supreme Religious Leader and commander-in-chief Ayatollah Ali Khamenei said: "The Iranian nation, with its unity and God's grace, will punch the arrogance [Western powers] on the 22nd of Bahman [February 11] in a way that will leave them stunned."
US President Obama has ordered Patriot missiles sent to Qatar, the United Arab Emirates, Bahrain and Kuwait. The US has two ships in the Gulf that are able to shoot down Iranian missiles. It is common knowledge that Iran is seeking to build nuclear weapons and has promised to wipe Israel off the map.
But Iran's next battle with Israel may not be fought by Iran, but through Iran's proxies. The Jerusalem-based military intelligence website debka.com says US intelligence has discovered detailed war plans drawn up by Iran, Syria, Hezbollah and Hamas for 5,000 Hezbollah fighters trained in Iran to invade northern Israel, with rocket attacks from Lebanon, Hamas attacking Israel in the south and the east and Syria providing artillery and aircover.
It is interesting that Psalm 83 prophesies a time when Israel's enemies will form a confederacy against Israel, saying "Come, and let us cut them off from being a nation, That the name of Israel may be remembered no more."
Those involved, it says, are "The tents of Edom and the Ishmaelites; Moab and the Hagarites; Gebal, Ammon and Amalek; Philistia with the inhabitants of Tyre; Assyria also." These are the names of peoples of Bible times; their descendants, we are told, are the Arab peoples now surrounding Israel. Iran is not listed among them.
Is is interesting too that Isa 17:1 prophesies that one day Damascus will be destroyed.
So what will happen tomorrow? Will there be an act of serious aggression, or are the Iranians' remarks mere rhetoric intended to support an increasingly unpopular Iranian regime? I don't know.
There is no doubt that war in the Middle East will come.
One thing is certain (or two things, if you like): God will have His way, and Bible prophecy will be fulfilled.
Posted by Stuart Cunliffe at 20:57