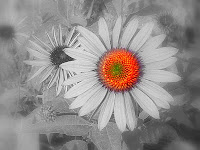 According to a report in the Daily Mail this week, Ed Balls, the UK Government's Children's Secretary, said that faith schools must teach that homosexuality is normal and harmless.

Normal? Homosexual practice is not normal. It is abnormal.
And harmless? The medical profession says that carefully documented studies show that male homosexuals have a much higher incidence of sexually related disease, as well as viral infections such as herpes, hepatitis A and B and HIV, with one study showing 72 per cent of male HIV infection in the UK acquired through homosexual practice.
It says that multiple partners, unsafe sexual practices and substance abuse are more common in homosexuals, leaving homosexuals at risk of psychiatric conditions; that suicidal tendencies are higher in homosexual and lesbian young people; and that male homosexuals are three times more likely to have seriously contemplated or attempted suicide, and 12 times more likely to have had a major depressive disorder than their heterosexual counterparts.
What other subject can there be besides sex education where teachers are going to be forced by law to teach things they do not believe? What other subject can there be where teachers are going to be forced to teach things they know are not true?
Having said all of that, homosexuals should be treated with love and respect. The Bible says that homosexual practice is sin, but says that we have all sinned in one thing or another. To accept homosexuals as people, while recognising the responsibility to speak out about the dangers of a homosexual lifestyle, is not to accept their way of life.
Mr Balls was speaking, of course, of the Children, Schools and Families Bill, which will make sex education mandatory for children from five years old and which completed its course through the House of Commons this week. We'll see now what the House of Lords will do with it.
Posted by Stuart Cunliffe at 12:36