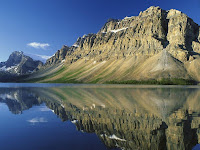 The number of churches attacked by Islamists in Egypt has reached 60, 70 or 80, depending on which accounts you read. According to one Christian commentator, it is the worst persecution of Christians in Egypt since 1321 (although you might not think so by the attention given it by the mainstream media).

Christians have been accused of conspiring to remove deposed President Morsi and of wanting to eradicate Islam and make Egypt a Christian country. Christian households, shops and businesses have been attacked.

Christians in Minya, Beni Suef, Fayoum and Assiut have received leaflets warning them of action if they don't leave. Christian homes in Minya have been marked with an 'X' to single them out for attack.

One monastery has been burnt. Those who burnt it said "This is now a mosque." A monastery in Degla failed to hold prayers last week for the first time in 1,600 years.

Bishop Michael Nazir-Ali, former Bishop of Rochester, said: "The accounts I am getting from Christian leaders are the exact opposite of what we're  seeing in the media. What we have had are not only peaceful demonstrators, but the use of mosques as arsenals, with women and children being used as a shield.

"This is a well known tactic of radical Islamists all over the world, so we shouldn't be surprised that it's being used also in Egypt."

In a Telegraph article, he writes: "Those who thought that the 'Arab Spring' was a harbinger of secular, Western-style democracy can now see it is nothing of the kind. Egypt’s Muslim Brotherhood-led regime was headed inexorably towards a Sunni theocracy based on an unreconstructed imposition of Wahabbi-type Sharia. . .


"The radicals had promised that 'Egypt would burn' if they were removed from power. The churches certainly are burning. Some have been set alight and some have burned all night. . .

"There should be no compromise on the basic principle of one law for all, the equality of all before the law and respect for the common citizenship of all Egyptians."
Posted by Stuart Cunliffe at 15:53