How can I prove the existence of God? 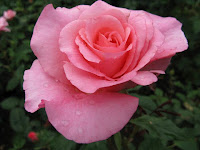 The atheist says there is no God. But he can't prove it. And where the atheist really comes unstuck is when he can't explain how the entire universe came into existence out of nothing.

The agnostic concedes that there may be a God, but suggests that it's impossible to know for sure.

Is it possible to prove the existence of God?

Yes, it is. A preacher named Peter Grant has a good way of illustrating this.*

Suppose you decide to go to the office to see if your boss is in. You see his car in the car park. You ask his secretary if he's in. "Yes he is," she says. "I've just been talking to him." You see the light underneath his office door. As you get nearer, you hear what sounds like his voice talking to someone on the telephone. All this would be good grounds for concluding your boss is in his office.

But there's one more thing you could do. You could open the door and meet your boss face to face. At that point, the other things would still be valid, but would become secondary, because now you've met him face to face.

If you want to find out if God is real, you can consider stories of answered prayer; hear evidence of changed lives; read others' testimonies; study examples of fulfilled prophecy. All these things would be valid. But there's something more you can do. You can have something more personal than that.

Don't laugh. Don't mock. Don't jeer. That would be allowing your prejudice to make the decision without putting it to the test.

Tell Jesus you're sorry for the things you've done. Tell Him if He's alive and He's who He says He is you will yield Him your life and follow Him. Ask Him into your life.

Jesus said "The one who comes to me I will by no means cast out." He keeps His promises.

* Described by Lee Strobel in The Case for Faith. Grand Rapids, Michigan: Zondervan, 2000, p85.
Posted by Stuart Cunliffe at 17:45