A colossal loss of human life 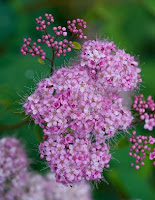 More than 30 human embryos are created for every one baby born by IVF, according to Government figures.

The figures show that 3,144,386 human embryos have been created in British laboratories since the 1991 Human Fertilisation and Embryology Act. Of these, 1,455,832 have been thrown away ("discarded" I think is the official term), 101,605 have been given for research in destructive experiments and 764,311 have been frozen for future use.
The remainder - 822,638 - have been planted in the womb, but since the success rate with IVF is small, only 94,090 live births have resulted.
The figures were given by Health Minister Lord Howe in a written answer to a question by Lord Alton.
Lord Alton said he found the figures "staggering."
"We are creating and destroying human embryos on an industrial scale," he said. "I think the real work that should be going on in fertility treatment is to fund the development of implantation techniques which don't require the destruction of human embryos."
While we are on the subject of the loss of human life, Planned Parenthood, a giant abortion provider in the US, performed 332,278 abortions in 2009, compared with 997 adoption referrals - 333 abortions for every adoption referral.
By comparison, there were something like 203,000 abortions on UK residents in 2009, with only 91 adoptions of babies under a year old - 2,235 abortions for every baby adopted.
Posted by Stuart Cunliffe at 15:57