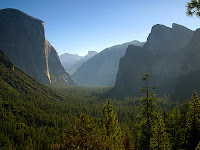 While we are on the subject of euthanasia, Els Borst, who was Dutch Health Minister when the Netherlands became the first country in the world to legalise euthanasia in the early Noughties, has now said that legalising euthanasia was a mistake, and they should first have focussed on palliative care.

Care for the terminally ill had declined, she said, since euthanasia became legal, and more should have been done to give legal protection to those who wanted a natural death.
In 2008, Dutch doctors reported 2,331 cases of euthanasia, 400 cases of assisted suicide and 550 deaths without request. There is, of course, no record of the cases that weren't reported.
Alex Schadenberg, executive director of the Dutch Euthanasia Prevention Coalition, said that even today effective palliative care was not in place in the Netherlands.
The country's politicians had denied there had been a "slippery slope." But how could you say that, he said, when euthanasia was originally only for the terminally ill and was now for the mentally ill and newborn babies?
Posted by Stuart Cunliffe at 11:37