The Pope, Tony Blair and a TV soap 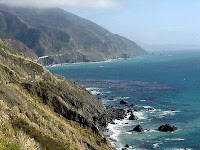 Tony Blair, former Prime Minister and founder of the Tony Blair Faith Foundation, who converted to Roman Catholicism two years ago, said the Pope needed to rethink his views on homosexuality.

The Vatican needs to modernise, he says. Religions should follow shifts in culture rather than hold firm to their historic beliefs.
A born-again Christian character in the TV soap Coronation Street is to have a lesbian affair, probably with a friend at her Bible study group, the show's producers have decided. The move is designed, they say, to cause the programme to reflect modern British society more accurately.
A Belfast church is in trouble with the Advertising Standards Authority because of a newspaper advert it took out. The ASA said the advert, quoting biblical texts against homosexuality, was indecent. An independent review of the ASA's decision said it was reasonable for the ASA to conclude that codes of conduct and sanctions laid down in biblical works from several millennia ago may not be communicated verbatim and indiscriminately in 21st century advertising.
We are getting ourselves in a right old mix-up, aren't we?
Let me say this just once, and let me make it as clear as I know how: the Bible does not teach that homosexual practice is an alternative lifestyle, but a perversion of God's creation. The Bible teaches that God made one man and one woman to be joined together in marriage. The Bible says - in Lev 18:22 and Lev 20:13 in the Old Testament - that homosexual practice is an abomination, and - in 1 Cor 6:9, 10 in the New Testament - that homosexuals will not inherit the kingdom of God.
If anyone disagrees with that, they don't have an argument with me. They have an argument with the word of God.
Posted by Stuart Cunliffe at 16:39